You were born in Las Vegas but have lived in Puerto Vallarta..Tell us when and where please?In 1987 I was born in Las Vegas and taken home in a white stretch limo and thus began my destiny to become a star!  At 3 months old my newly widowed mother decided to get away from it all and escape to Puerto Vallarta where her brothers at the time were big timeshare Moguls.  We immediately adapted to this paradise and tried to forget our sorrows and build a new life full of color and adventure.  Our family’s greatest memories were made her in Mexico.  In the summer of 1994 we moved back to Las Vegas.  It was quite a shock for me to move from Paradise to the desert but I was happy to start my career as an actor and dancer.  At 8years old I was the captain of the dance team, taking Ballet, Jazz, Tap, Gymnastics and acting classes.  I was so passionate about my craft even then. 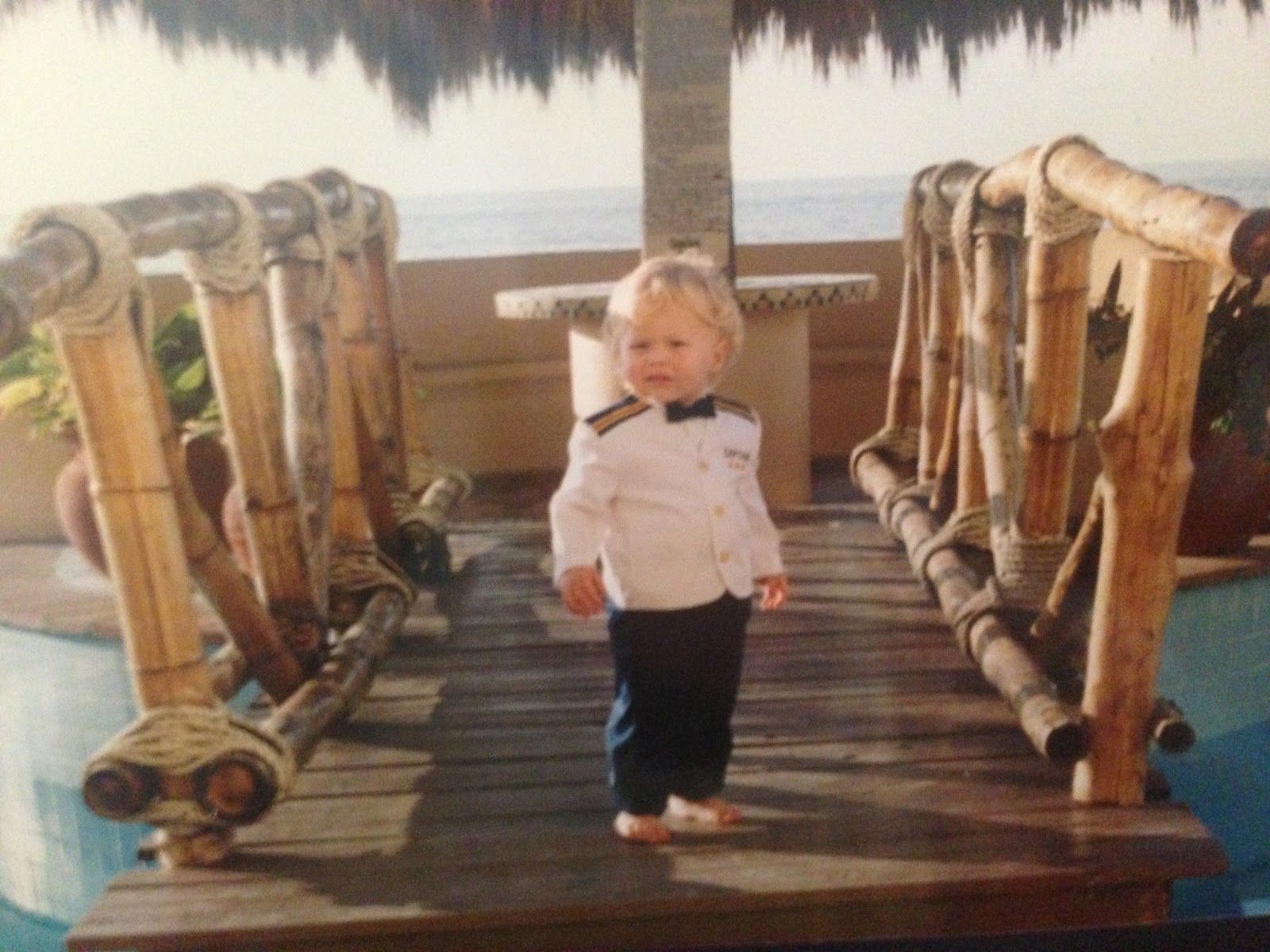 Do you have any memories of PV and how it is different today?Vallarta changes drastically every season, I mean you can hear the construction 24/7 but a lot still stays the same.  Why, I walked passed my old elementary school yesterday and noticed the same little vendor selling the same little ice pops we use to buy after school as kids.  Even as an ever growing tourist destination, I appreciate that the mexican small town charm has remained for the most part intact.  It’s funny because when I was young Los Muertos and “green chairs” was never a gay zone.  My mom being a sun worshiper we’d go to the then named “Looney Tunes” every weekend for rock music and beach vibes.  But now it’s EDM and Gays everywhere!!  I like to fantasize I’m responsible for converting the town gay and proudly call myself the Gayor whenever I bring friends to visit for the first time. 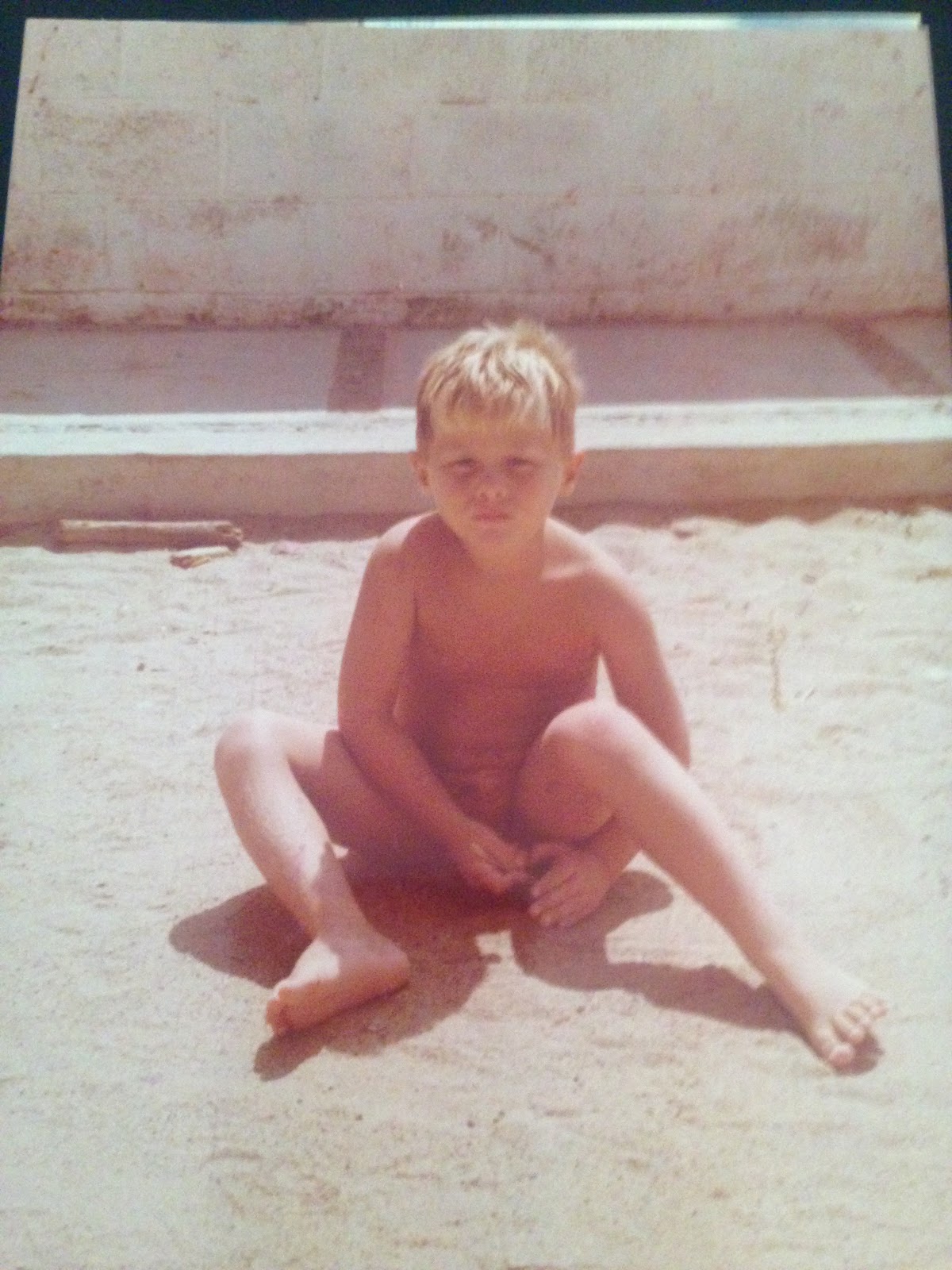 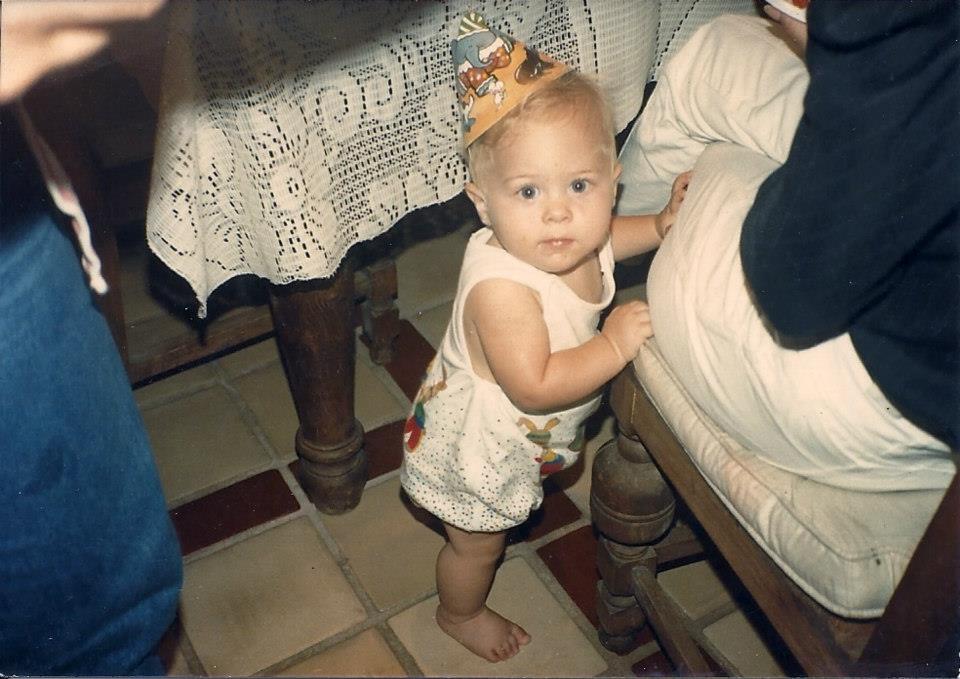 When and how did you discover your love of pole dancing…?

Well, my favorite movie when I was growing up was “Showgirls” and boy did that movie shape the rest of mylife!  There I was at 8years old memorizing all the choreography from the movie.  I didn’t really think too much about the explicit sexuality. I just I wanted to beautiful and the star of the show, just like her.   Nomi Malone didn’t let anything stand in her way and that’s why she is forever my She-ro.  It wasn’t until my senior year in Highschool at the Las Vegas Academy of Performing Arts that my best friend and honor student decided to drop out and become a stripper! I’d go and support her at the 18 and over strip clubs and that’s where I discovered the pole.  From a performer’s perspective I was entranced by their blatantly sexual movement and how beautiful they looked spinning above the crowds and slamming down into the splits.  It was love at first sight.  I quickly bought a cheap pole, set it up in my mother’s living room and taught myself to Pole. 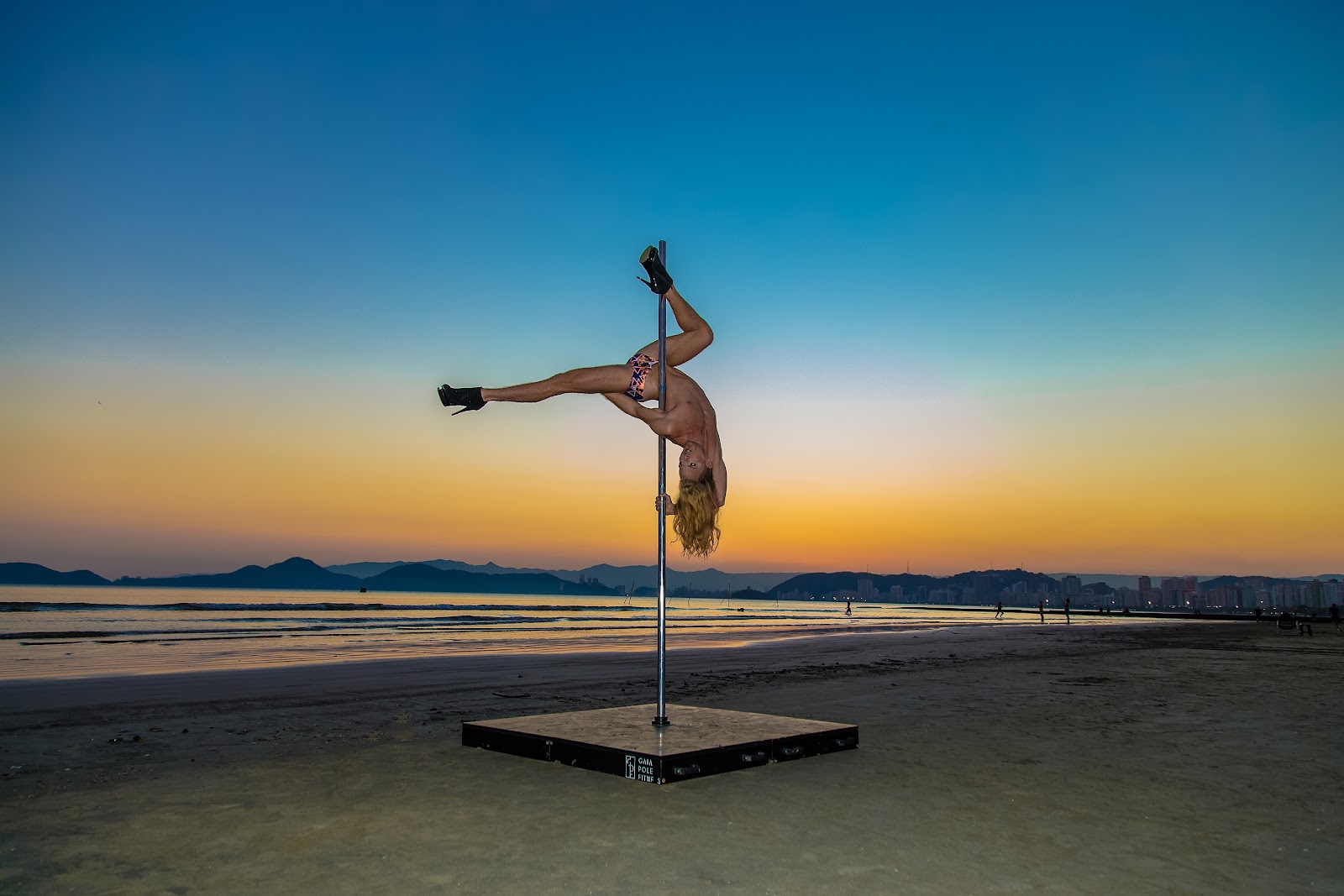 The Pole Dance community is massive and now there’s a studio in almost every major city in the world and I’d know because I’ve been to ‘em all to teach my signature technique.  Basically any and every dance/movement technique can be applied to Pole Dance and maybe that’s why there was such a boom in it’s popularity.  The possibilities are endless but for the most part we have 2 categories “Pole Fitness” which is for the tricksters who like to apply acrobatics and strength to their practice and there’s “Pole Dance” or “Classique” which is more about dancing and expressing yourself.  Within that there’s all the subgenres like “sexy, floorwork, lyrical, drama, Art and even comedy!” 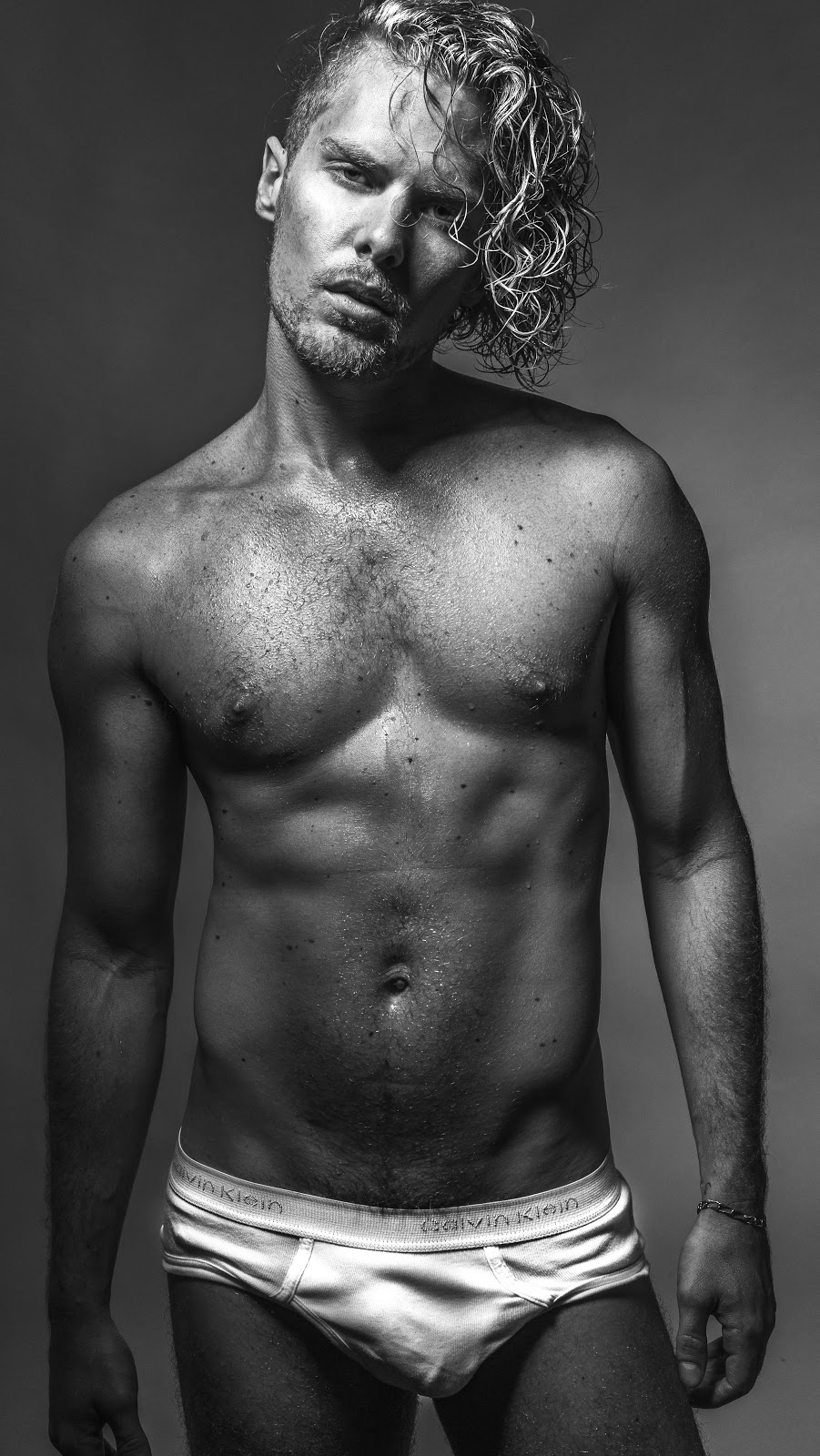 Are they any pole dance competitions in Mexico? 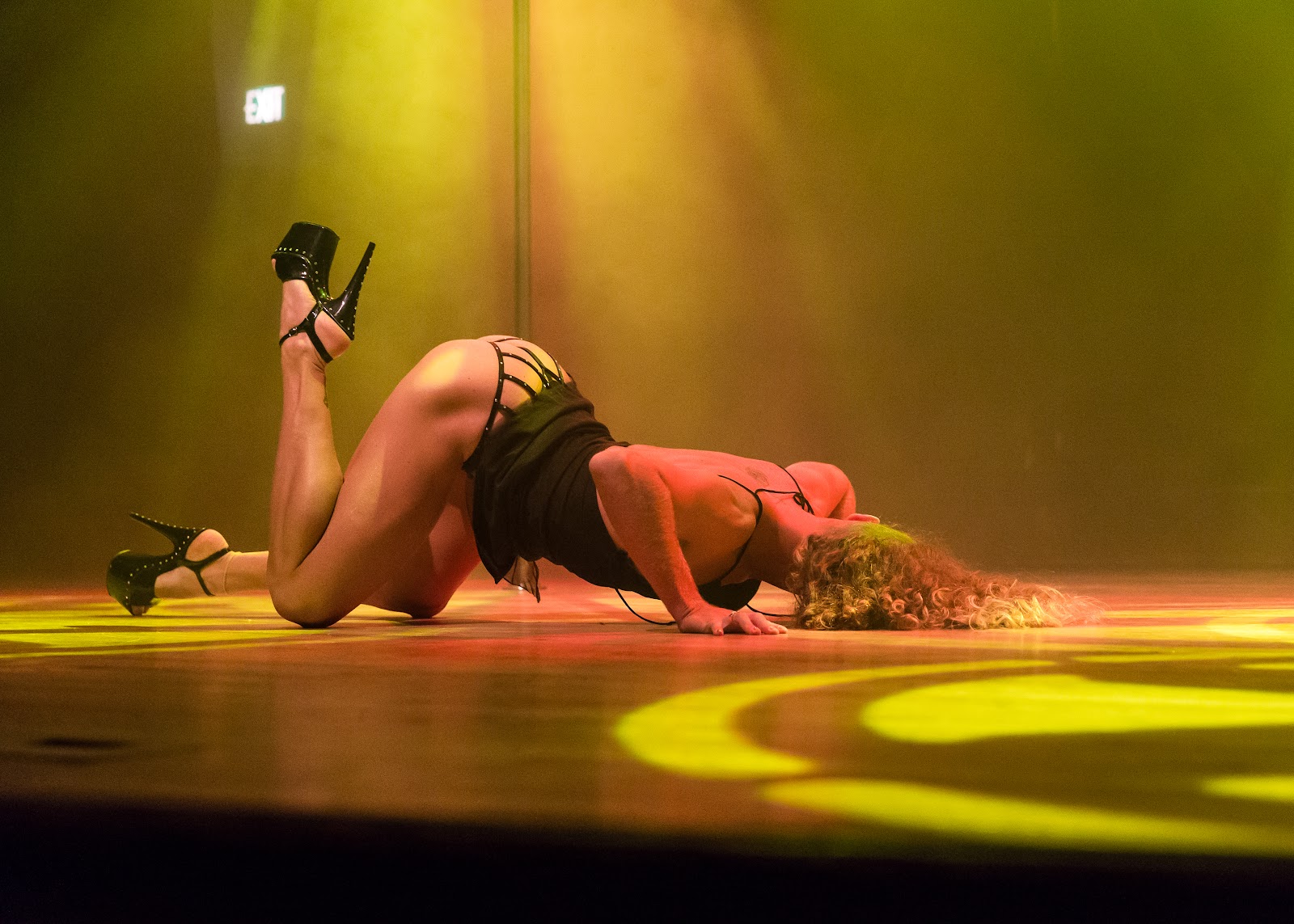 You are a model, dancer and an artist?  Which is most important to you and why?

Definitely being an Artist.  I call myself the “Artist of my Life” and this ability to create is what attributes to all the other hats I wear. 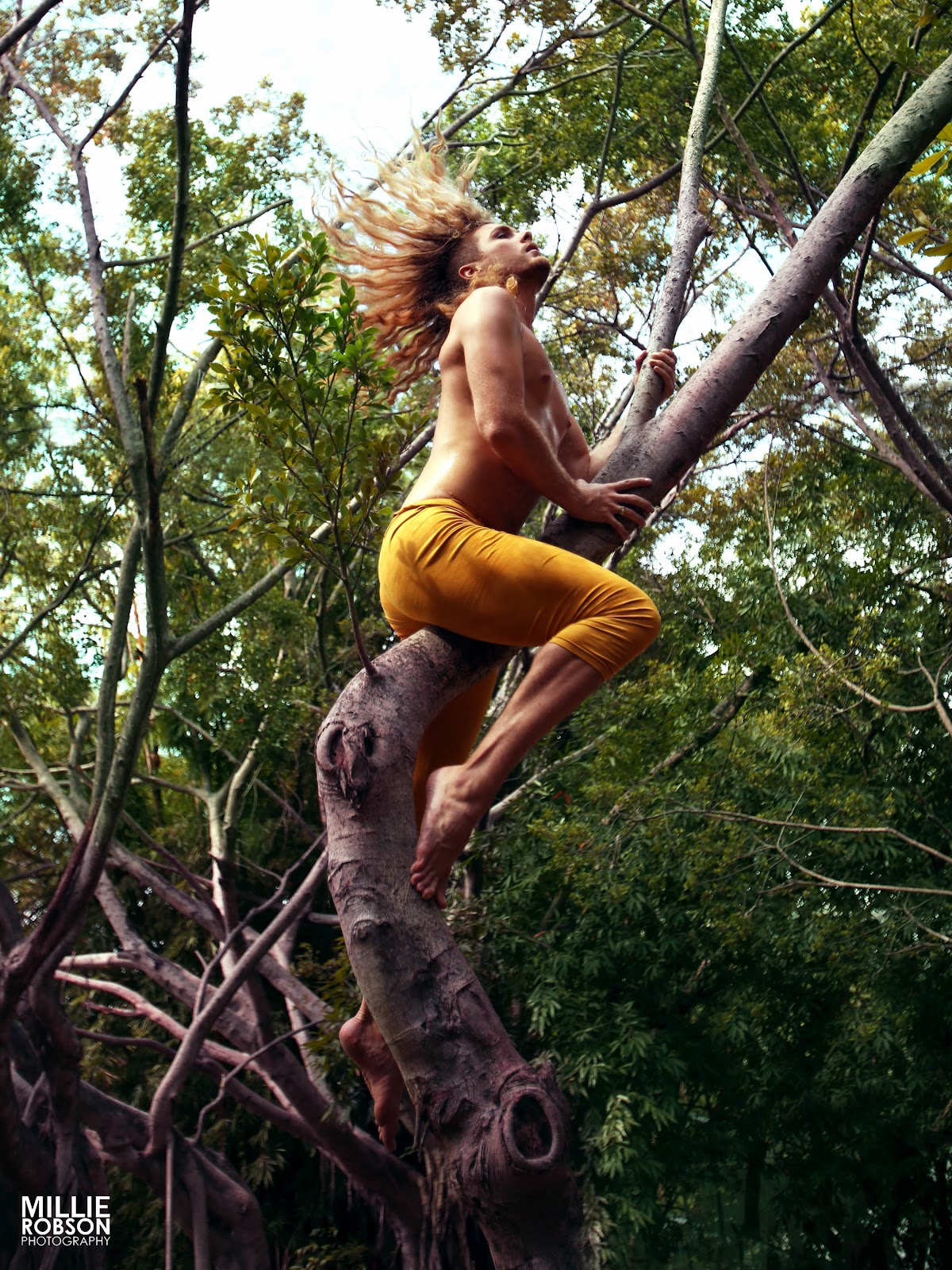 You are playing the lead in Xanadu at Act 2 Entertainment this season…Tell us how you were interested and chosen.

I’ve always had a passion for singing and acting but dancing always lead the way in my artistic career.  It wasn’t until now at the age of 30 that I decided to retire my body for work and to only use it for my own pleasure.  So I decided I wanted to come out of the singing closet and start singing in front of people. My best friend and Vallarta socialite Kandy and I started singing Karaoke every afternoon in private and then hired a pianist to play us songs to practice to.  That lead me to joining the PV Gay Men’s Chorus where I was then asked to audition for Xanadu.  I was terrified to sing in front of people and still am but I pushed myself out there, auditioned and they offered me the part.

Is this a refreshing change from pole dancing?

I had been traveling the world teaching workshops, performing, competing, and judging competitions for the last 7 years and as glamorous as that sounds, it was exhausting! I am very happy to finally settle down and have a base.  Yes, I would say it’s refreshing to try something new and discover a whole new side of myself but I will say I miss the people who make up the Pole Community.  They are so supportive, creative, ambitious, and passionate about what they do. They support the idea that you can do or be whoever you want to be and in a world where everyone is competing against each other it’s a magical thing to be a part of.

What would you like to achieve next in your career?

My motto has always been to dream big! I’d like to make my way back to NYC for a season and perform on Broadway, be in a Steven Spielberg film, be on RuPaul’s Drag Race and do a private dance for Britney or Janet <3I’ve taught Serena Williams to Pole.  Semi Finalist on America’s Got Talent.  Created my own Pole Retreat here in Puerto Vallarta.