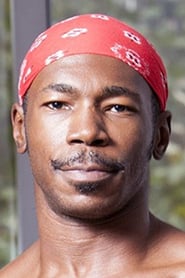 It is a collection of my personal experiences black-packing around the globe. The thin book shares my true, true, true tales of being stranded in the Valley (Los Angeles), robbed in Prague, rejected at border crossings, homeless in Central Park, stalked in Berlin, conned in Istanbul, landing on my feet in Toronto, living in Mexico, dancing in Chinatown, rewarded in London, and eating and drinking here, there and everywhere in between.

A dull boy I am not! A couple of months ago while in town I started work on my future book, a novel, in which I imagine a modern world, this world, suddenly amiss of sex workers. Oops, there goes part of Vallarta’s draw! Highly improbable, no doubt, but that is what makes the story all the more imaginative. Reality is what it is but imagination permits every ‘is not’ to be ‘is so’. Most people I meet lack imagination… And their grasp of Reality ain’t so keen either. Go figure.

I’ve been writing nearly as long as I’ve been capable of reading. I wrote my first play in the second grade. In the fifth grade I began penning poetry and started the school’s newspaper. To this day, I can recite by rote the poem my fifth grade teacher ‘commissioned’. Fifteen minutes later she was stunned to see me standing at her desk with poem in hand and asking for my reward. I think I was ‘paid’ with a free ice cream at lunch for a week.

Contrary to popular disbelief, I am 100% American. I don’t know why folks convince themselves otherwise; having said that I suppose I stand corrected: Most people have selective imagination.

I first visited Puerto Vallarta about six or seven years ago on a bus ride from Guadalajara. I remember it because it was the first -and soon-to-be- last time I ever rode that ultra cheap and ultra disgusting Pacifico busline. Talk about ghetto on wheels! Why Vallarta? I came for a change of scenery and to scout the dancing scene. In Guadalajara, the nightclubs use buff male strippers with cartoonish elaborate costumes whereas here, I soon learned, barely talented go-go boys are the norm. Club Mañana ruled the scene at that time so that’s where I went to inquire. It didn’t go too well. For one thing, neither of the managers were in and, for another, there was a palpable air of animosity among the dancers. Or maybe they just directed it at me (and my sixpack). Professionally speaking, I’ve entertained as a stripper for several years now and in several big cities and small towns around the world.

As of this writing I have begun castings and video shoots! I hope to have sufficient content to have the website up and running by mid-fall.

Copies of my books as well as electronic versions are available via Lulu.com and Amazon Kindle.